Ready to shock new life into your 2021 marketing strategy with these turbo-charged TikTok statistics?

Of course you are!

Who wouldn’t want that?

So let’s cut to the chase:

TikTok is an unstoppable juggernaut of social media…

And the world is obsessed with it.

In fact, as a marketer or business owner, you’d be crazy not to get in on the action.

But like any good battle plan, you need to know what you’re getting into.

This is why we’ve combed through TikTok analytics and carefully plucked the 59 most useful TikTok statistics to guide you along.

Ready for an inside look at one of the world’s most popular platforms?

Sometimes it’s cringey, sometimes it’s gut-busting hilarious, but when it comes to TikTok, one thing is for sure:

So what’s the story behind TikTok?

And why is the world so addicted to it?

TikTok: A Tale of 3 Apps

Although similar to the now-defunct platform, Vine, Douyin blew the lid off social media in China, having amassed more than 100 million users in its first year.

Capitalizing on Douyin’s success, ByteDance released an international version of the app called TikTok in September 2017.

Here’s where it gets juicy:

In November of 2017, just months after launching TikTok, ByteDance purchased the popular lip-syncing app, Musical.ly, along with its 200 million active user accounts.

Finally, in 2018, Musical.ly’s platform and audience were folded into TikTok, effectively ending Musical.ly and skyrocketing TikTok into social media stardom.

What Makes TikTok So Addictive?

Scrolling through TikTok is like playing a Vegas slot machine:

It’s fast-paced, filled with vibrant visuals and catchy songs, and you’re always itching for just one more round.

But here’s the rub:

Every time you watch something, TikTok’s algorithm is learning and instantly customizing your feed based on your interests and engagement.

In other words, TikTok finds out what you like, and spoon feeds it to you as fast as possible.

What’s more, TikTok videos are short, about 15 seconds on average, making it even easier to binge-watch and keep our lizard brains happy.

Let’s face it, TikTok cracked the code on video entertainment.

And in a short period of time, TikTok has fostered a viral community of TikTok creators and become a beacon of creativity and communication — the type of thing that defines a generation.

Still with me here?

1. TikTok is the 7th largest social network, with millions of new users signing up every month. Currently, TikTok outranks Snapchat, Pinterest, Reddit, Twitter, and even its Chinese sister-app, Douyin. Not too shabby, considering the app only launched in 2017.

2. TikTok has been downloaded more than 2 billion times on the App Store and Google Play. Given its viral status, expect TikTok’s numbers to keep growing.

4. As of 2020, TikTok is the fastest growing social media network ever. Of course, many argue that Facebook, Instagram, and even Vine (R.I.P) paved the way for TikTok. And they’re not wrong. But TikTok developers lend the popularity of the app to the fact that anyone can create polished content quickly and easily.

5. Currently, the TikTok app is available in 144 of 155 countries (and in 39 languages). This number fluctuates as certain countries, like India, have banned the app for political reasons.

6. TikTok was the #1 most downloaded app of 2020, beating out Facebook for the top spot. Many attribute TikTok’s 2020 dominance to people’s desire for entertainment and connection during coronavirus lockdowns.

8. If you think TikTok is slowing down, think again. Because even in January 2021, there were still 62 million TikTok downloads (10% of which were from the US).

17. In a Fall 2020 survey from Piper Sandler, teens rated TikTok as their #2 favorite social media platform, just behind Snapchat.

18. Although Gen Z was the first to claim TikTok as their own, the number of US adults using TikTok increased 5.5 times between October of 2017 and March of 2019 and continues to infiltrate older demographics…

20. Technically, China has the most Douyin users (China’s version of TikTok) with 600 million daily active users. However, Douyin isn’t available outside of China for international markets. So…

21. …What country has the most TikTok users? India had over 200 million TikTok users before being banned in 2020 (along with 58 other apps) for political reasons.

22. Sorting active TikTok users by country, we found that there are over 100 million monthly active users hailing from the US alone. (After India, the US has the most TikTok users worldwide).

25. 37% of US mobile internet users access TikTok at least once per month.

26. What country uses TikTok the most? Well, after the ban in India, the US takes the crown with over 50 million American TikTok-ers logging into the app daily. (And even more using the app on a monthly basis).

28. 83% of all TikTok users have uploaded their own content.

29. About 35% of users have participated in a hashtag challenge.

30. 64% of TikTok users have tried filters or lenses in their videos.

31. As of June 2020, entertainment is the most popular category based on the number of hashtag views, having gathered 443.3 billion hashtag views.

32. Dance is the second most popular category with 150.3 billion hashtag views.

33 . And pranks is the third most popular category with 54 billion hashtag views.

35. The TikTok audience is far more engaged compared to Instagram. US TikTok influencers boast an average engagement rate of 17.5% versus Instagram’s 4.7% engagement rate.

36. International TikTok influencers have an average engagement rate of 15.86%

38. According to a leaked pitch deck from ByteDance, TikTok users open the app an average of 8 times per day.

39. Here’s a burning question: what is the most viewed TikTok? It’s Zach King’s Magic Broomstick, which has 2.1 billion views (as of April 2021). FYI: He also holds records for the 3rd, 4th, and 5th most viewed TikTok videos.

53. TikTok influencers charge between $5 – $2,500+ per post depending on follower count, celebrity status, and engagement rate.

55. In 2020, TikTok initiated its Creator Fund, a monetization program for eligible creators worth $1 billion in payouts over the next three years.

57. And in February 2021, TikTok was the top-grossing non-gaming mobile app in the world, generating more than $110 million in user spending in February alone.

58. In 2020, TikTok saw a 500% increase in the number of US advertisers on the social platform, with major brands like McDonald’s, Bose, and Kate Spade embracing TikTok marketing.

Harness the Power of TikTok Statistics and Shoot for the Moon

We’ve given you 59 uber-helpful TikTok statistics to help drive your next explosive marketing campaign.

And as you’ve seen, there’s more to TikTok than the battle of side parts and skinny jeans…

What’s more, despite its massive growth, TikTok is still an emerging content market with lots of low-hanging fruit.

So use these stats like a cheat sheet in your marketing playbook, and then launch a campaign that changes your business forever. 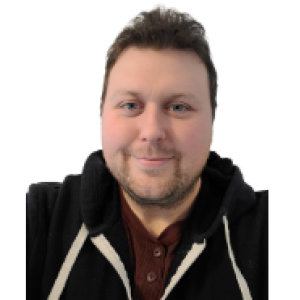 Pat is a Smart Blogger Certified Content Marketer, irreverent copywriter, and the unofficial love child of Seth Rogen and Chunk from the Goonies. Sometimes he writes about money at dollarGuild, and other times he’s crafting knock ‘em dead copy while eating a big bowl of ketchup chips. Check him out here.

Put Xperiencify to the test in YOUR business now, and you’ll quickly see a 10-30X lift students getting results, and coming back for more.

Branding and Design by Live Your Message